Background: There are two FDA-approved 4th generation assays available that have the capability to detect both HIV-1/2 specific antibodies and HIV-1 p24 antigen, allowing for the diagnosis of acute HIV-1 infection (AHI). Both assay are considered reactive at sample/cutoff ratio (S/CO)≥1 and non-reactive at S/CO<1. Since the S/CO signal increases with the quantity of antigen and antibodies presents in the sample, it should be possible to use the S/CO range to differentiate between negative, AHI, recent and established HIV infection status.

Conclusions: In this small study both the GSCOMBO and ARCHITECT identified AHI equally well but the ARCHITECT S/CO dynamic range was able to further differentiate between AHI, recent and established infection. The use of the ARCHITECT S/CO to identify recency of HIV-1 infection requires confirmation in a larger study. 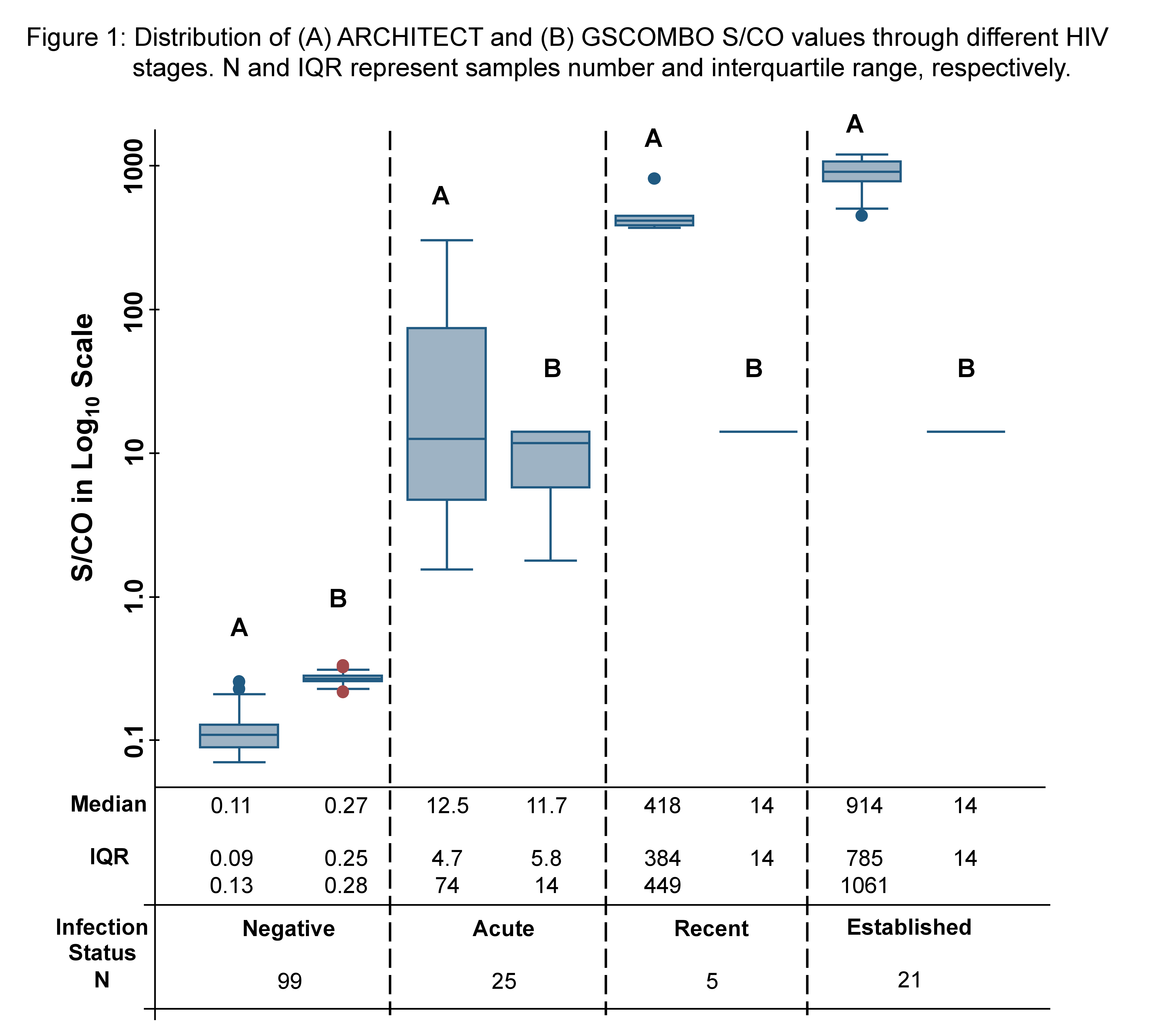