Conclusions: In subjects successfully treated for 96 weeks, we observed an improvement in the majority of explored NP test performances with similar trends in patients treated with ATV/r-monotherapy or ATV/r triple therapy. 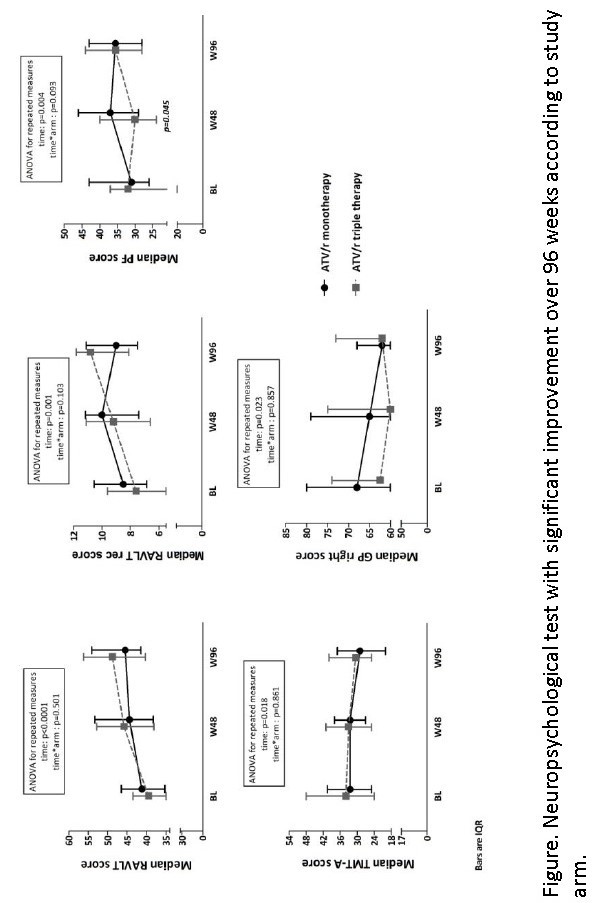