Relationship Between Confirmed eGFR and Cardiovascular Disease in HIV-Positive Persons

Background: While the association between impaired kidney function and cardiovascular disease (CVD) is well established in the general population, this association remains poorly elucidated in HIV-positive individuals. As prior studies in HIV have focused on unconfirmed measures of kidney function, which are subject to random variation and acute illness, the influence of sustained kidney impairment is less clear.

Conclusions: In a large contemporary cohort of HIV-positive individuals we observed a strong relation between confirmed impaired kidney function and incident CVD. This finding highlights the need for an intensified monitoring for emerging CVD, in particular in older individuals with continuously low eGFR levels, and an increased focus on renal preventive measures. 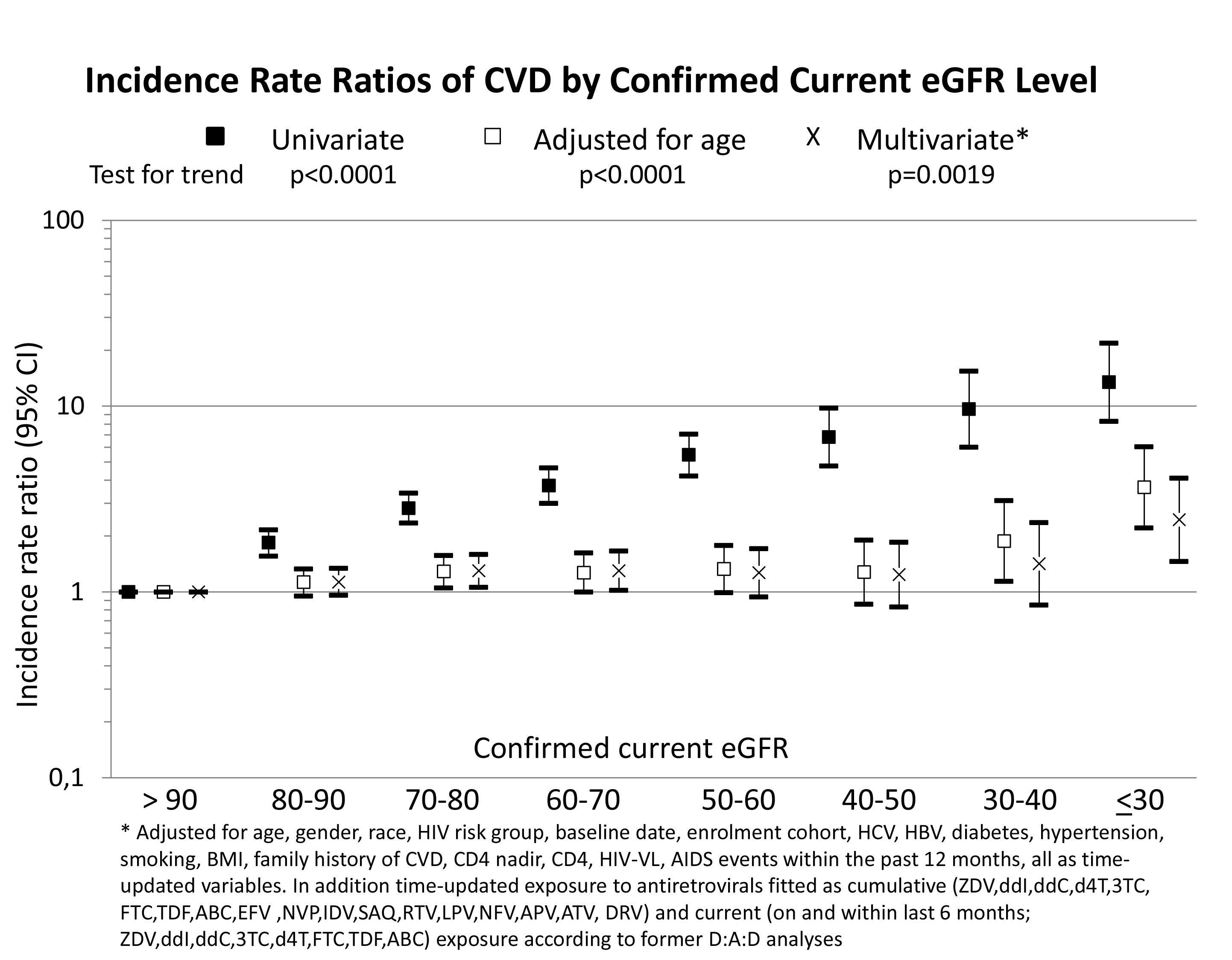 What Predicts Risk for CVD in HIV?