Methods: We developed an individual-based model of liver disease progression. We parameterized it with observed data on incident HCV infections among men who have sex with men from the Swiss HIV Cohort Study (SHCS) and with published data. We simulated patients from HCV infection through stages of liver disease: from fibrosis grade F0 to F4, decompensated cirrhosis, hepatocellular carcinoma and death. Liver disease progression was affected by age at HCV infection and alcohol consumption. Patients also progressed through the care cascade: they could be diagnosed, treated and succeed or fail treatment. We assumed treatment efficacy with Interferon (IFN)-free regimen was 90%. Successfully treated patients had a residual liver fibrosis progression of 0.1 times the rate of patients with detectable HCV. We compared liver-related events and duration of infectiousness (ie. detectable viral load) between the following strategies: treatment of all patients one month after diagnosis, one year after diagnosis or as they reach F2, F3 or F4.

Conclusions: Our model suggests that timely treatment of HCV infection is important: Patients can progress to end-stage liver disease after HCV clearance if treatment is delayed until later stages of liver disease due to imperfect treatment responses and residual fibrosis progression in HIV-infected patients. Delaying treatment also increases the risk of HCV transmission: the average time during which patients are infectious is four times higher if patients are treated in F4 than if they are treated one month after diagnosis. 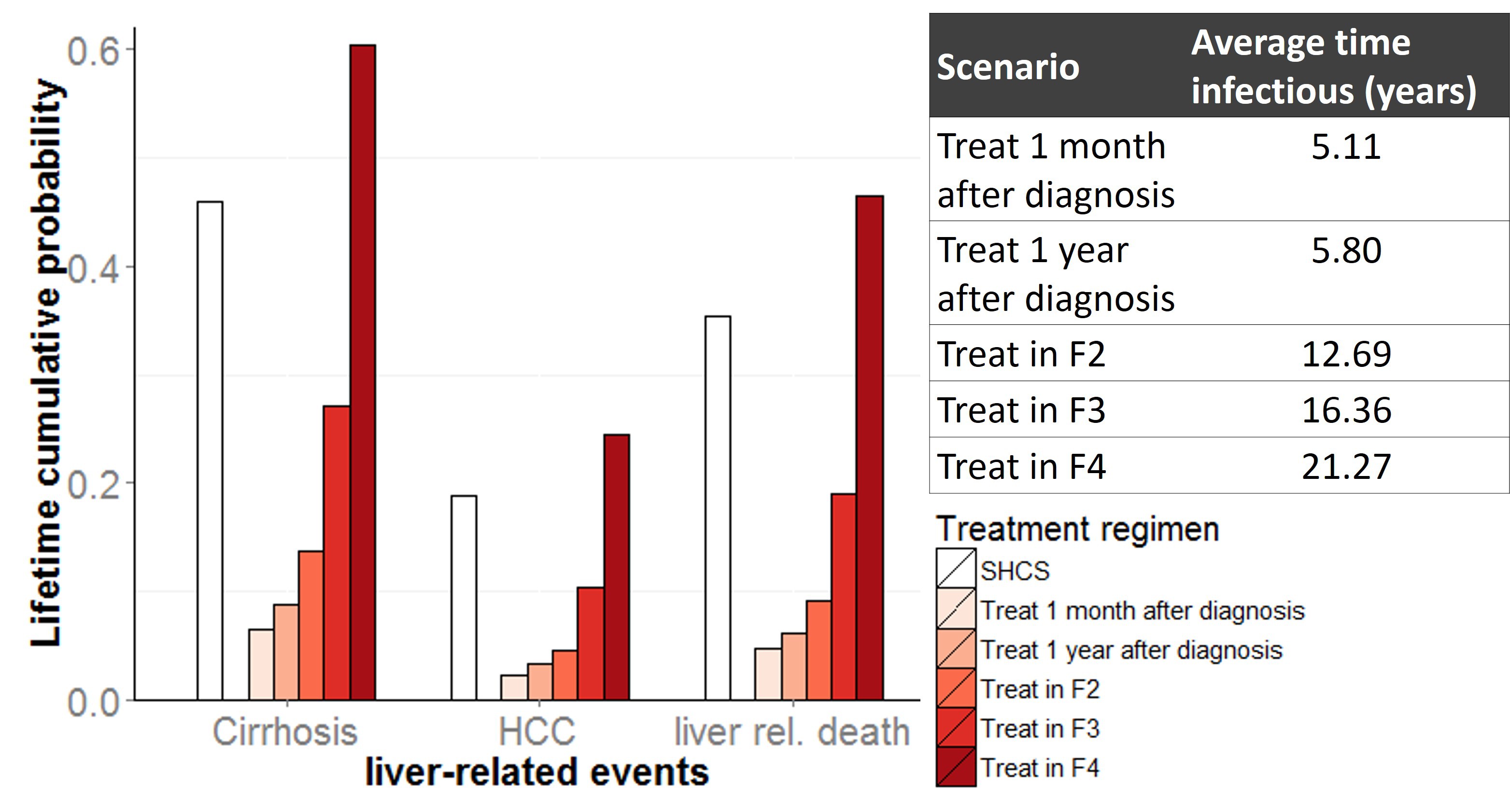 SHCS is our base scenario and is given here for reference, it depicts current practise in the SHCS.
HCC: Hepatocellular Carcinoma