Sex Pro: A Personalized HIV Risk Assessment Tool for Men Who Have Sex With Men

Background: Personalized risk assessments can assist individuals and providers in determining who may most benefit from HIV prevention interventions, such as Pre-exposure Prophylaxis (PrEP). We developed an HIV risk assessment tool for men who have sex with men (MSM) and sought to validate it among a modern cohort of Black MSM, the group with the highest HIV incidence in the US.

Conclusions: We developed and validated a risk assessment model for MSM which can be used to provide individualized feedback on HIV risk. The model retained good ability to distinguish levels of HIV risk in a recent cohort of Black MSM, and may be useful for improving awareness of HIV risk among MSM, risk stratification by providers, and uptake of HIV prevention interventions including PrEP. 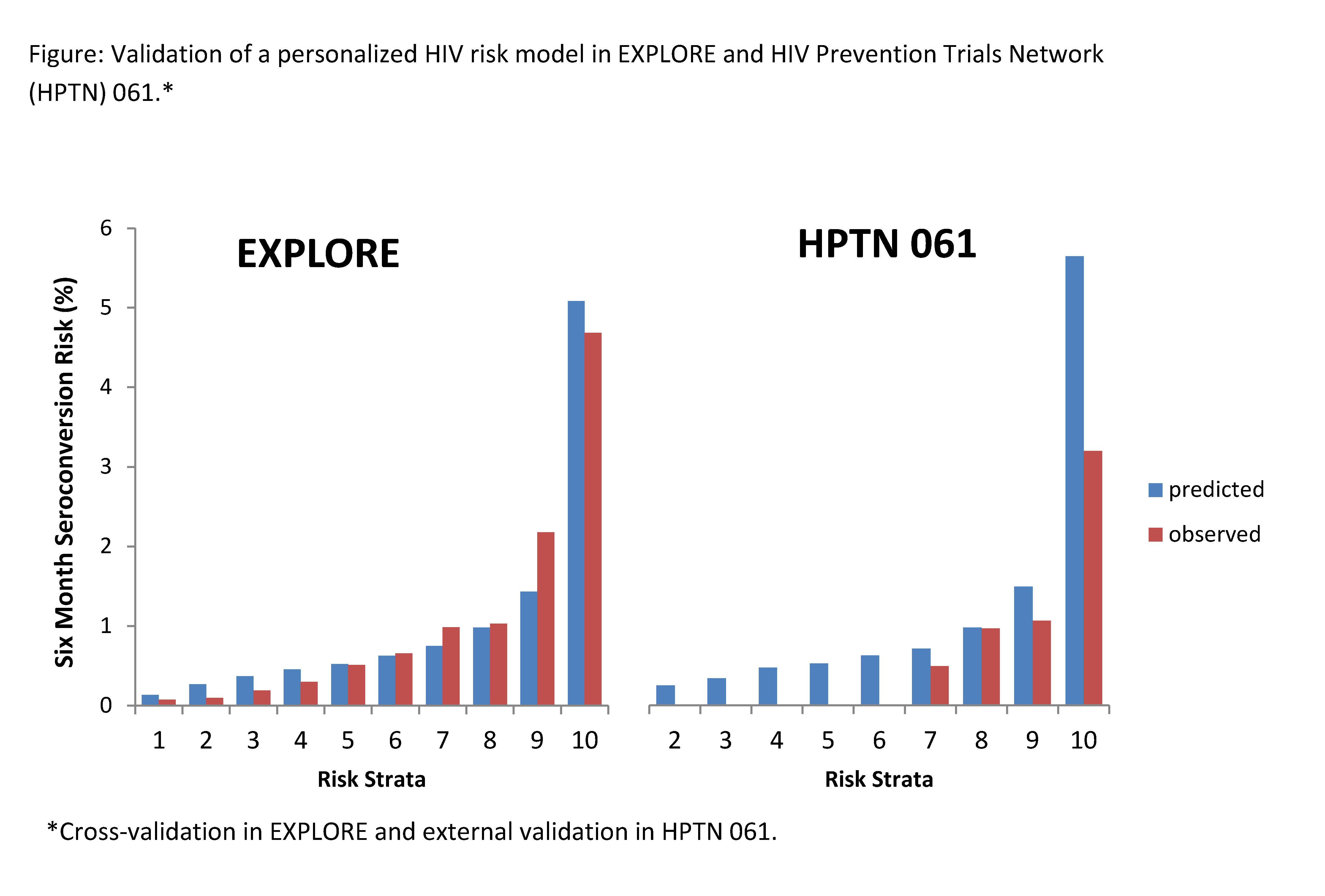 Risk Factors for Transmission in MSM