Background: Biomarkers of microbial translocation, inflammation, coagulation and fibrosis predict morbidity and mortality in patients with chronic HIV infection. The effects of starting antiretroviral therapy (ART) in patients with acute HIV infection (AHI) on levels of these biomarkers in chronic treated infection are unknown and may illuminate the potential impact of early ART on clinical outcomes.

Conclusions: Enterocyte turnover increases after initiation of ART during acute infection and persists into chronic infection. Biomarkers of inflammation, microbial translocation and fibrosis decrease, but remain elevated compared to HIV- controls with the exception of D-dimer. Together, these data suggest that the inflammatory damage caused by HIV may not be completely prevented by starting ART during acute HIV infection. 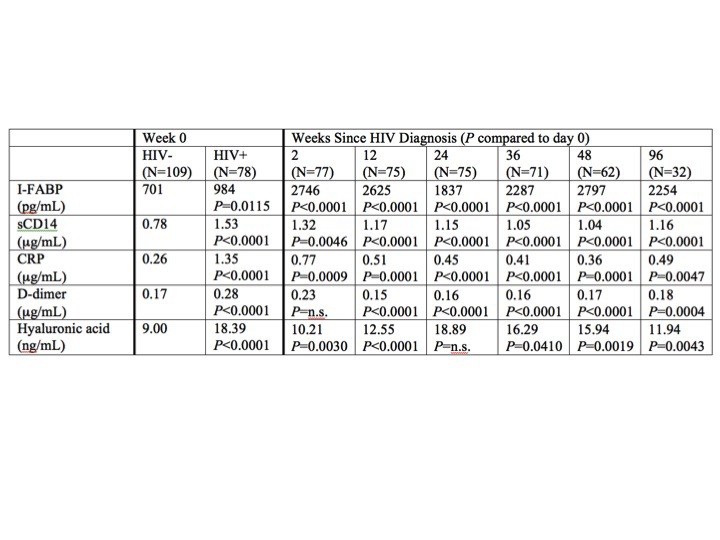 Levels of biomarkers of microbial translocation, inflammation, coagulation and fibrosis