Background: HIV-infected persons may be at increased risk for cardiovascular disease (CVD) and MI, but the role of HIV in the pathogenesis of MI is unclear. The Universal Definition of MI (UDMI) classifies MIs by underlying pathophysiology into classic primary (type 1) MIs due to atherothrombotic coronary plaque rupture and secondary (type 2) MIs resulting from supply-demand mismatch caused by a heterogeneous set of clinical conditions including sepsis and cocaine-induced vasospasm. In the general population, primary MIs are more common than secondary MIs. Prior studies in HIV have not classified the type of MI and therefore, have examined primary and secondary MIs as a single endpoint, which may limit their ability to define the contribution of HIV to CVD and primary MI risk. We determined the incidence of adjudicated primary MIs distinct from secondary MIs and examined baseline risk factors for primary MIs. 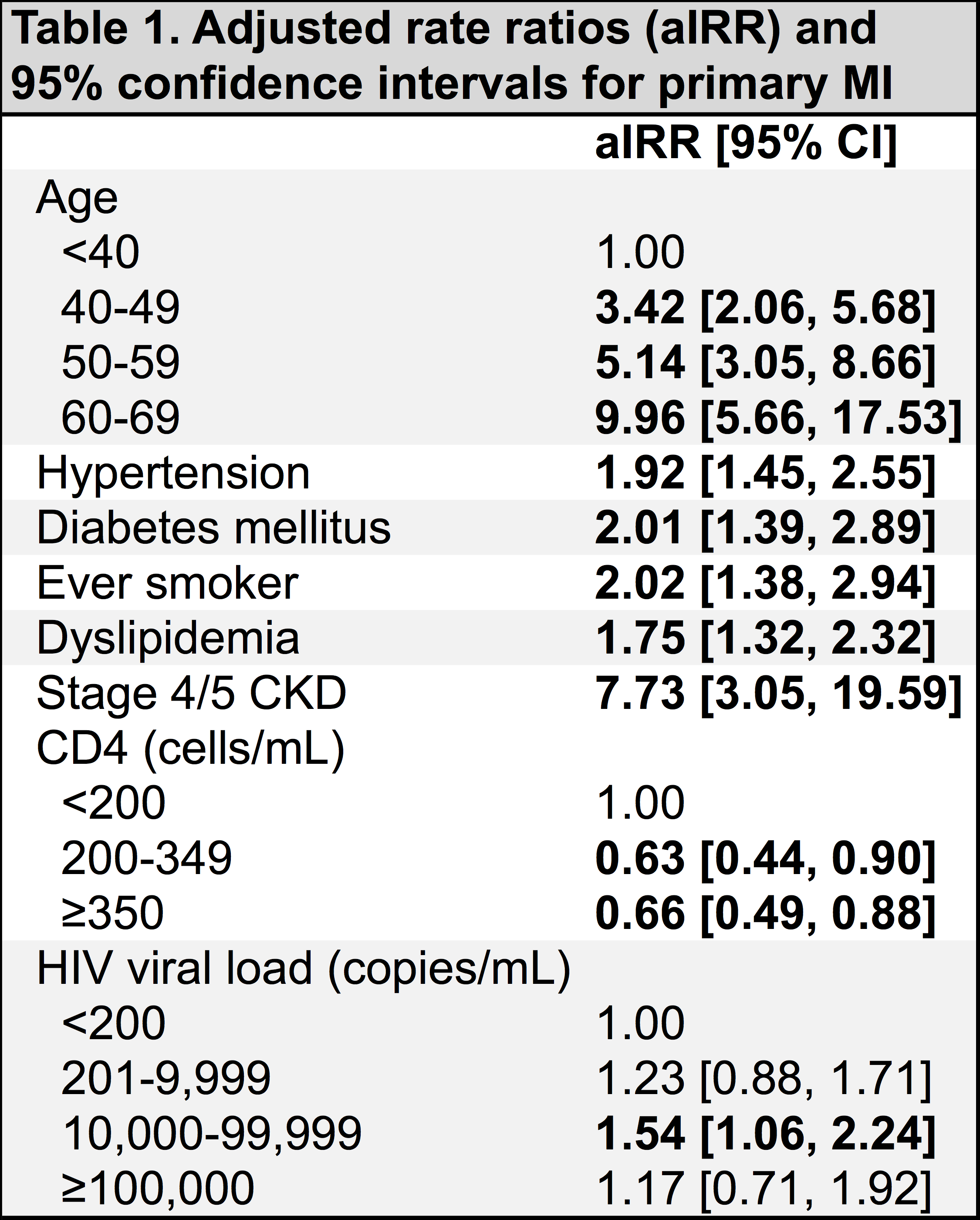 Cardiovascular Risk Prediction: Can We Do Better?