Methods: We performed an observational cohort study of HIV+ adults treated for TB with standard therapy (2-month initiation phase of isoniazid, rifampin, pyrazinamide +/- ethambutol + continuation phase of isoniazid + rifampin) at or after their first HIV clinic visit. Persons were excluded if date of TB treatment relative to HAART initiation was unknown. Patients were enrolled in 2000-2013 from Brazil, Peru, Argentina, Chile, Honduras, and Mexico. Kaplan-Meier curves and Cox proportional hazards models of time from TB diagnosis to death stratified by study site were fit. For the Cox model, missing data were multiply imputed.

Conclusions: In this cohort, culture-negative TB was associated with a 61% increased risk of death compared to those with culture-confirmed TB. These findings raise the possibility that persons diagnosed with culture-negative TB may not have had TB, and died of other causes. This underscores the importance of accurate TB diagnosis in HIV+ persons. 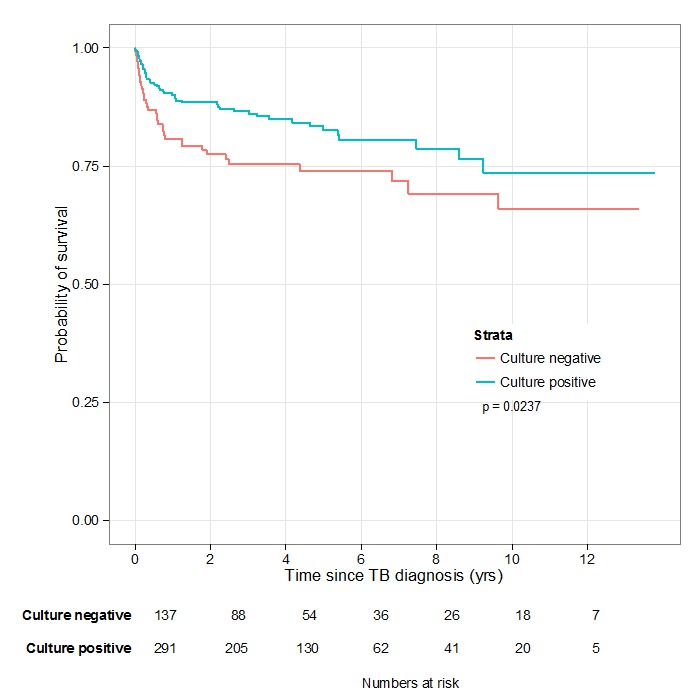